What makes this event so special?

It is a gathering of International bands together with our own Armed Forces Band, the Malta Police Band and the Massed Pipes and Drums.  Making this... Read More 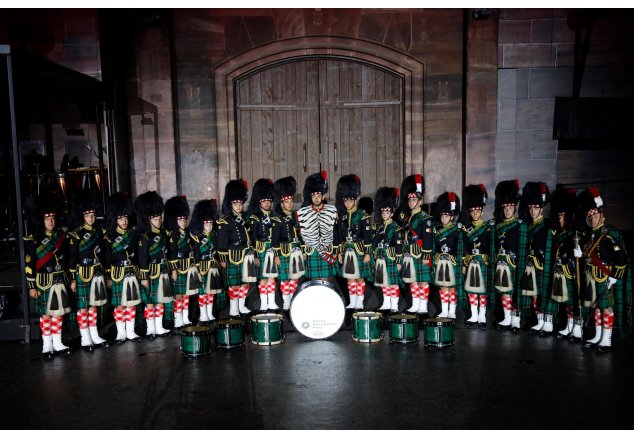 Apart from the numerous performances for both local and charitable events, Wallace Pipes and Drums annually perform at the Malta Military Tattoo, together with the Massed Pipes and Drums. Moreover, their vast musical repertoire and displays enables them to perform on various special occasions as sole performers throughout the year.

Wallace Pipes and Drums also had the fantastic opportunity to represent the Maltese Commonwealth culture overseas. Such events included visits to France, Wales and Switzerland as the official hosting band of the Whisky Connoisseurs of Malta. Wallace Pipes and Drums also had an unforgettable performance together with the world famous Celtic rock band the ‘Red Hot Chilli Pipers’ at a concert in Evian, France.  Furthermore, the band also took part in the 2012 festivities in honour of the Queen’s Diamond Jubilee by performing in Perth, Scotland during the Annual Pipe Fest.

The greatest honour of all was being part of the 2013 Royal Edinburgh Military Tattoo. Being the first Maltese pipe band to take part in such an event, Wallace Pipes and Drums is honoured to have given its service alongside other military regiments and bands, all performing for a charitable cause.

2014 was highlighted by being invited to perform in Bucharest, Romania for Europe Day festivities in the ‘Fanfare Music Festival’. The band was honoured to make displays as sole performers in front of an audience of 5000 people.

This year the band took part in the Basel Tattoo in Switzerland. They were part in the all-time popular Massed Pipes and Drums, marching alongside other well known military regiments, including The Highlanders, 4th Battalion The Royal Regiment of Scotland, The Pipes and Drums of the Royal Air Force, together with other military and civilian pipe bands from Switzerland, South Africa, United Kingdom and USA. On one occasion during a city parade, the group was given the chance to participate as an autonomous contingent. The band’s performance was received with great praise and admiration from the tattoo production team and officers in charge of the event.

This year’s edition of the Basel Tattoo took place between the 22nd and the 30th July. Participants came from around the globe, including Finland, Japan, France and the United Kingdom. Renowned participants included the world famous Top Secret Drum Corps from Switzerland and the band of Her Majesty’s Royal Marines.

In the first week of September the band also was invited in Spain, to give performances in the Getxo Folk Festival as sole performers. A selection from the band also had the opportunity to play with a great local musician, Xabi Aburruzaga.

After Spain, the band is now focusing on its yearly participation in the Malta Military Tattoo this October and then starting the preparations for next year venture which will take them again to Scotland, for their second participation at the Royal Edinburgh Military Tattoo, in August 2017!